Cyber Security While Working From Home 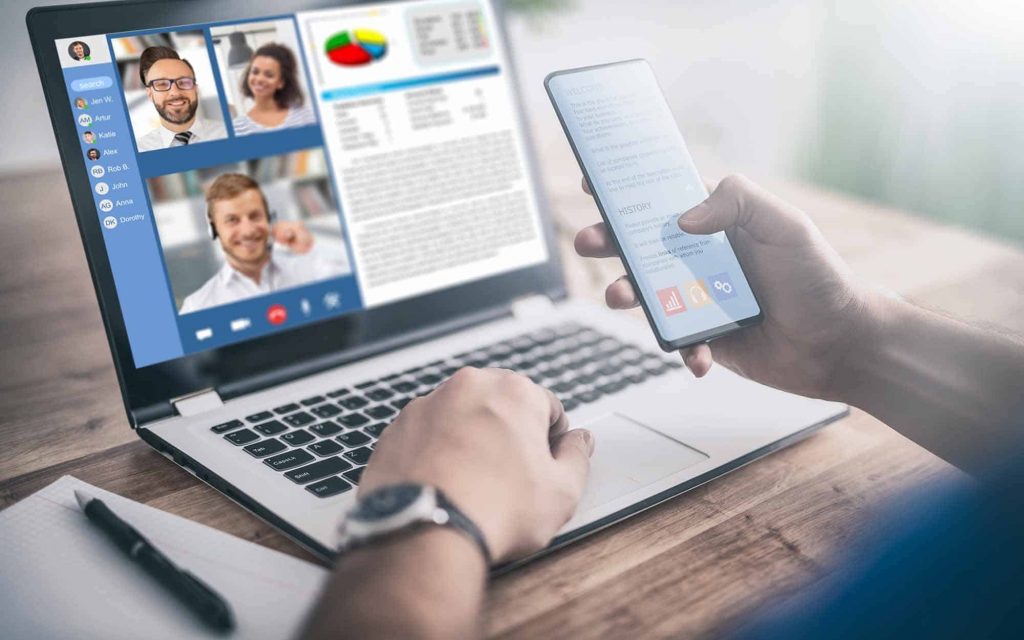 Before the COVID-19 pandemic, working from home was something many organizations avoided. Now businesses across the country have adopted, or are at least considering, a remote work strategy to maintain their operations. As working from home becomes more common, it’s more important than ever to keep your employees and company safe from would-be intruders. This blog will focus on the importance of remote work cyber security and the unique issues your remote staff may face.

Over the course of this pandemic, many businesses have successfully mobilized their workforces. However, having your entire company suddenly shift from a traditional work environment to a full-time remote can be a serious challenge for any business, with one of the most notable concerns being cyber security.

When your employees convert to remote work, it means your workforce is moving off of your trusted office network to their home networks. No longer having access to your company’s enterprise-level cyber security, they instead will need to rely on their own home cyber security to stay protected. This can leave your workforce exposed to unique security problems like these:

Virtual private networks (VPN) are a staple in the business world and for good reason. They allow organizations to extend encrypted networks to wherever an employee is working. This is a great way to keep sensitive information secure while giving your team the freedom to work from anywhere. The only problem, however, is a compromised network can ruin the purpose of the VPN.

Many home networks are already infected with malware and when a VPN is connected with the compromised network, trouble can happen. Specifically, cyber criminals can exploit compromised hardware in a way that allows them to gain access to the VPN.

Having the ability to report cyber security issues and adequately respond is crucial to keeping a business protected from cyber threats. Working from home can negatively impact processes that deal with the response and the chain of escalation procedures. These processes need to be tested and updated to ensure they work seamlessly with remote staff.

Since the pandemic began a few months ago, cyber criminals have been hard at work attempting to take advantage of the situation. For example, it’s known that for the past few weeks, hackers have developed malicious mobile applications disguised as legitimate applications made by the World Health Organization (WHO). It’s not just mobile applications either—phishing emails have spiked too.

Phishing attacks are recognized as one of the leading causes of data breaches. Hackers can easily make an email appear legitimate. In fact, WHO has even recently released a statement that scammers are actively posing as the organization and sending fraudulent emails to potential victims.

Communication is the key to business success in more ways than one. Since your team is no longer able to meet face to face, they must rely on alternative forms of communication such as phone, email, instant messaging, and more. While these forms of communication are fine, it can make it harder to do things like confirm someone’s identity. Something like this can expand cyber security gaps, making the company more vulnerable.

When people work from home, they are much more likely to use their own personal devices. A report by Lippis Consulting says 46% of employees admitted to transferring files between their work and personal computers when working from home. This creates a whole host of issues.

Saving company information on personal devices that have not been appropriately configured with the company’s security systems can open up new vulnerabilities. Personal devices are also more susceptible to “physical breaches,” as the employee may commonly leave their device out in the open, unguarded. If the employee is out in public, looking at work through their personal device, third parties can catch a view of the screen, which could reveal sensitive information.

It can be hard to maintain cyber security when working remotely, but it doesn’t have to be that way. Stability Networks specializes in cyber security solutions that can keep your workforce safe no matter where they are. Our experts work together with your team to implement thorough cyber security measures that resolve not only the issues mentioned in this blog, but many more.

If you’d like to learn more about our offerings, contact us today to set up an appointment. 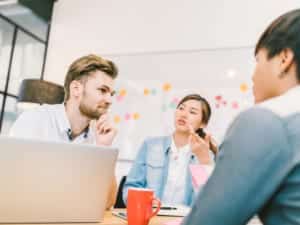 Your IT environment isn’t ever going to be exactly like someone else’s, so why should your Managed Service Provider (MSP) deliver you the exact same results?

What is Vulnerability Testing?

As we become more reliant on technology for our business operations, the easier it is to fall victim to a cyber attack. Because cyber threats are everywhere

Manage Cookie Consent
This site uses cookies to enhance the user experience. By using this site, you acknowledge that you have read, understood, and agreed to our Terms of Use and Privacy Policy.
Manage options Manage services Manage vendors Read more about these purposes
Preferences
{title} {title} {title}

Schedule time with us

Welcome to our scheduling system—designed with your convenience in mind! Whether you want to meet in-person, or video-chat, we’re ready to book a time that suits you best.

Bringing Stability back to I.T.

We look forward to providing you an I.T. Solution Proposal. To start the process, simply fill out the form to provide us with some company information and your needs. As soon as we receive it we will contact you to understand your needs and begin gathering information for your proposal.